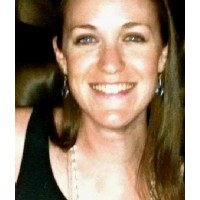 "My memory of the 117th Boston Marathon is not of death and destruction but rather of the immense power of the human spirit and the generosity of the human heart." -- David Park

The Boston Marathon occurs on Patriots' Day, an annual civic holiday in Massachusetts, and nearly everyone has the day off work. Many choose to spend it as Marathon spectators, which is what I would have chosen if I hadn't been one of the unfortunate few working. I was grumpy and not sorry about it, choosing instead to feel sorry for myself for being cooped up in an office.

Shortly after 3 p.m., I started getting text messages from numbers in Maryland, where I'm from, asking if I was alright. Some were from people I hadn't talked to in years. I had no idea why I was receiving them. But then one came through with much-needed context: "I heard about the Marathon bombings. Are you OK?"

In the wake of the bombings and the manhunt that followed, I felt a lot of things. I felt grateful that I hadn't been there, rescinding my earlier complaints about working. I felt heartbroken for the victims and their families. I felt scared in a way I had never experienced before. Mostly, I felt angry. And I continued to feel angry for months afterward.

It was hard to explain to friends and family outside the city what it was like to live here after April 15. Boston feels surprisingly small for a major metropolitan area, and you couldn't go anywhere without a reminder of what had happened. Boston Strong signs everywhere. Flags at half mast. Impromptu memorials. Just looking at the downtown skyline was reminder enough. It felt like grief had replaced the lifeblood of the city. I was proud to be a part of the community that rallied so beautifully to recover from the bombings, but I was also angry.

I had always felt safe in Boston. Never threatened, never fearful. I ran the city streets a few times a week. My friends and I entered road races regularly. I was never scared to run. And all of that changed on April 15, because two men attacked not only the place that I call home, but the running community to which I belong. It filled me with so much anger, and that anger took over everything.

In May, a friend told me about One Run For Boston. I had contributed to the One Fund, Boston's fundraiser for victims of the bombing, in just about every small way I was able at that point, and I immediately knew I would contribute this way, too. When I decided to join the relay, it was for no other reason than to raise money. But when the baton reached Newton City Hall shortly before midnight on June 30, having traveled across the country in a non-stop, 300-plus stage relay, I suddenly had another reason to run.

I was part of the final stage of the relay, Stage 319. Along with several hundred runners, I ran the last 7 or 8 miles of the Boston Marathon route, from Newton to Copley Square. It was raining, it was muggy, it was late at night, and everyone had to work the next day. None of that mattered when we crossed the Boston Marathon Finish Line. The way that run healed me, I'll never understand. But during it, my anger lifted, and after it, my anger was gone.

I'll never forget April 15, 2013. I'll never forget April 19, 2013. But through ORFB last summer, I was able to leave the ugliness those days created behind. I'm running ORFB II because I believe in the powerful impact a community of goodhearted, energetic, positive people can have. I saw how it healed me. I know it healed others. And in the midst of all that healing, we raised $91,000 for the One Fund. ORFB II, I know, will far surpass that total. And in doing so, perhaps we'll make the road toward healing a little bit easier for the victims of the bombings.