WE ARE BOSTON STRONG 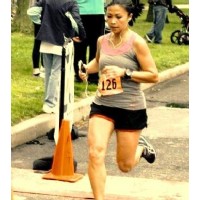 ODRA ANDERSON  |  stage 298 |  PA
I'm running because I want to give back to the sport and the running community that has given me so much. To rebuild and restore the spirit of the Boston Marathon and provide long term assistance to the victims of the tragedy. A tragedy that did not weaken us, but strengthened us, as we, runners, family and friends, show our solidarity even more than ever. WE ARE BOSTON STRONG!

IT ALL ADDS UP - Your dollars will help the survivors.


Thank you for being so awesome!